In many ways, Hofstra University runs in the Tierney family blood – or at least in men’s lacrosse head coach Seth Tierney’s immediate family. Now entering his 13th season, Seth Tierney has been joined by not one, but two, more Tierneys in his son, Ryan, and daughter, Erin.

Seth Tierney came to Hofstra for the first time as an assistant coach in 1995. He stayed in that position until 2000 before leaving to hold the same position at Johns Hopkins University, where he graduated in 1991.

He played for the Blue Jays from 1988 to 1991, served as team captain in his senior season and helped lead the team to four NCAA Tournaments including the NCAA title game in 1989. As a senior, he was given the Hopkins’ Turnbull-Reynolds Award for exemplifying leadership and sportsmanship.

Under Tierney’s coaching during his six-year tenure, the Blue Jays finished No. 2 in the nation in scoring margin, No. 6 in scoring offense and No. 16 in man-up offense during the team’s 2005 NCAA title run.

Despite serving his final two years as associate head coach for the Blue Jays, Tierney still found his way back to Hofstra in August 2006, only this time as the program’s fifth head coach in history.

After being joined by his children Ryan Tierney and Erin Tierney, Hofstra lacrosse has become a place of family for him.

“To be perfectly honest, I don’t want to say it was pushed on them, but they received lacrosse sticks at a very young age,” Seth Tierney said. “Lacrosse has been part of my life, my family and my uncle who’s out in Denver now. So it was only natural to introduce it to them.”

His uncle William Tierney, better known as Bill, played lacrosse at Cortland State University from 1970 to 1973. After his first coaching position at Rochester Institute of Technology, he found his way to Princeton University, where he quickly turned an underdeveloped program around and led the Tigers to six NCAA championships. Along with many other honors, including United States Intercollegiate Lacrosse Association (USILA) Coach of the Year award in 1992, Bill Tierney coached Team USA to a Gold Medal in a 15-14 overtime win in the 1998 World Lacrosse Championships. He is now the head coach at the University of Denver.

“[My uncle] influenced me,” Seth Tierney said. “He took my baseball glove away from me, handed me a lacrosse stick and said, ‘Good luck.’ Maybe it wasn’t as cold as that … Lacrosse is a sport and it’s an addictive sport. You can do a lot of things on your own, and so that’s how it started back in the mid-to-late ‘70s.”

To say lacrosse runs in the Tierney family would be an understatement, but not all of the Tierneys found their passion right away.

While Ryan Tierney has been playing lacrosse since he could hold a stick – he came home from the hospital with a mini lacrosse stick in his car seat – his sister Erin Tierney took a little longer to find her love for the sport. Even though she began playing lacrosse in the backyard with her dad and brother, she spent most of her time dancing. Her first dance teacher was Nicole Gait, the wife of Gary Gait who is one of the best lacrosse players to play the game.

“Nicole [Gait] took [Erin Tierney] under her wing and really got her addicted to the dance thing,” Seth Tierney said. “At that point in time, [my wife and I] were just letting them find their own passions. Just because lacrosse is big in my life doesn’t mean it has to be big in their life, but naturally it came across with Ryan and then eventually it came across with Erin.”

Erin Tierney tried out for her middle school lacrosse team and when she was moved up to varsity, she had a choice to make: continue dance or continue lacrosse.

“I had to pick one because of practice and dance after school,” she said. “I [decided] that dance was way too much drama, so I chose lacrosse and I don’t regret it whatsoever.”

Erin Tierney is now in the very beginnings of her career with Hofstra, but she’s no stranger to the program or to women’s lacrosse head coach Shannon Smith.

“It’s funny how I’ve gotten to first know Erin [Tierney] with lacrosse when I was hired here in August 2012,” Smith said. “I remember walking into her dad’s office, and he’s been such a huge mentor toward me. I feel [like] a part of their family.”

After a conversation with Seth Tierney about Smith’s club lacrosse team, Erin Tierney tried out for the team along with one of her best friends, Jackie Gatti, who is also a freshman on Hofstra’s team this year. Smith has been coaching Erin Tierney ever since.

“For us, I think she has a very high IQ of the game. You can kind of see that she’s a coach’s daughter and really understands everything on the field – always asking the right questions and sometimes thinks two plays ahead of you before you as a coach announce what you want to do,” Smith said after the first few weeks of practice. “She’s super-fast and athletic and brings a whole other dimension to our defense.”

“She’s really starting to pick up and understand the level of intensity and the footwork needed on defense,” Smith said. “Our defensive unit has really grown into one and they’ve put a lot of work in the past couple of weeks on their individual work, so I think it’s been really fun and exciting to watch that development.”

“It’s been a great help to work as a defensive unit … and slowly helping the little things to make spring better,” Erin Tierney said. “From the beginning of fall till now my confidence has grown and I’m slowly getting to where I need to be.”

But Erin Tierney wasn’t always set on going to Hofstra, and as he did with her brother, Seth Tierney made sure that whatever college his children both chose was where they truly wanted to go – not because it was where he was coaching.

“Honestly, I wanted to go away for the longest time, but it just came to the point where my family is very family-oriented and very close,” Erin Tierney said. “To have my mom, my dad and my brother all watch me play – for me to go to [Ryan’s] games and him to come to my games, for my parents to be able to make both games – it makes a difference, so that’s the reason I came here.”

Seth Tierney recalled his daughter opening the front door, nearly causing him to fall off a ladder as he was changing a light bulb, and telling him that she was going to Hofstra. Before she did, though, he needed to know her reasons.

Some of the things she said were that she and her brother needed to see each other play.

“When we were away last year, when she was still in high school, it was hard to get to some of her games, which sucked because I love watching her play,” Ryan Tierney said. “Now that she’s here, she’s going to be playing out on this field right here. It’s awesome being able to watch her play and help her out in any way she needs.”

Family is extremely valued by the Tierneys, and the ability to have this unique opportunity was one they couldn’t pass up.

“Certainly the happiest person was my wife … We were all going to be wearing the same colors and be in the same stands for most of the games,” Seth Tierney said.

As Erin Tierney looks forward to her Hofstra in-season debut in February, it will be another lacrosse memory for the Tierney family that they’ll be passing down for generations to come. As she takes the field for her first official collegiate home game, one thing’s for certain – it’ll be a Tierney family affair. 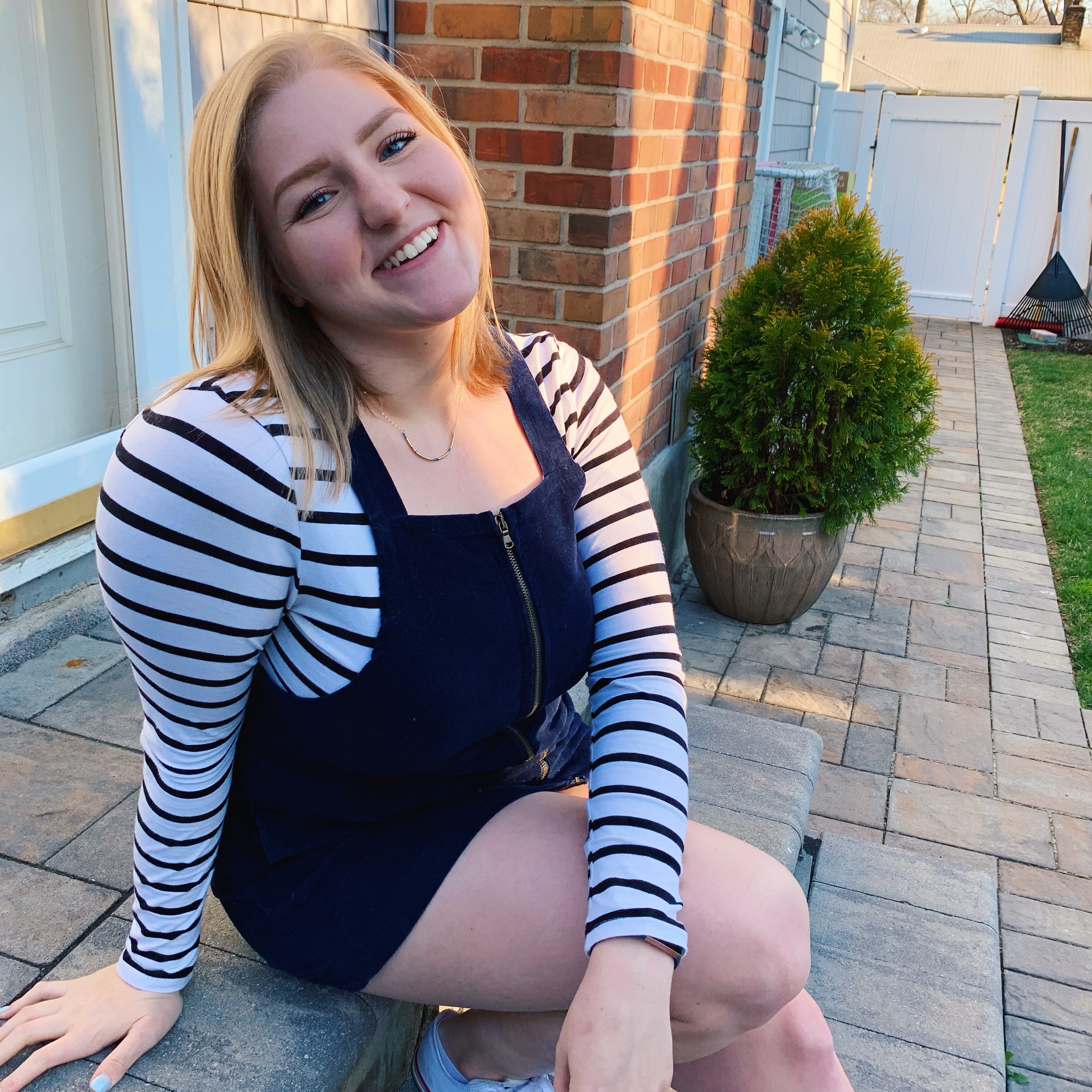 Welcome! One thing I’ve learned over the past few years is you never know what life is going to throw at you. It’s what makes it unpredictably great and sometimes even not-so-great. But, it’s all a journey, so I hope you come along as I document mine.

Alexandra Licata is a participant in the Amazon Services LLC Associates Program, an affiliate advertising program designed to provide a means for sites to earn advertising fees by advertising and linking to Amazon.com.